What To Do if a Tornado Is Coming | Cornell Iron 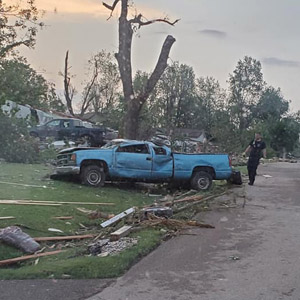 Typically, this time of year (April – July) is considered tornado season in the United States. When you think of tornadoes occurring, most people think of the Midwest and tornado alley.

"Tornado Alley is an area of the U.S. where there is a high potential for tornado development, " AccuWeather Senior Meteorologist Dan Kottlowski said. "This area encompasses much of northern Texas northward through Oklahoma, Kansas, Missouri and parts of Louisiana, Iowa, Nebraska and eastern Colorado.”

2019 seems like an overactive season, not only for the number of tornadoes but also where they are occurring. Currently, there have been about 1,000 tornadoes reported across the nation - usually, there are 200 fewer by this time. For the last week of May, there have been over 200 tornadoes in 13 days as well as 12 consecutive days with eight or more tornado sightings, beating a record set in 1980. 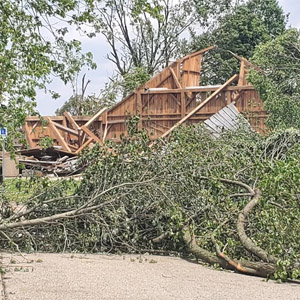 Is the increase just in tornado alley?

States like Pennsylvania, New Jersey, Ohio and Indiana are not normally used to seeing tornadoes, but this year they are seeing a sharp increase. There were even tornado warnings in New York City.

Typically a state like Pennsylvania receives around 16 tornadoes in a full year. By the end of May 2019, there have already been 22 tornadoes confirmed with several months in the year left for this number to rise. Another example is Ohio, where the average annual number of tornadoes is 19, but this year they’ve already seen at least 35, including 13 in one night in the Dayton Ohio area.

The damage from a tornado is powerful

The amount of damage tornadoes can cause is staggering. For example, the damage caused by the recent 13 tornadoes in Dayton, Ohio resulted in more than:

In the small community of Beavercreek, Ohio, the Beavercreek Professional Firefighters Local 2857 documented just how damaging tornadoes can be. Over 360 buildings, houses and apartments were damaged in Beavercreek alone. 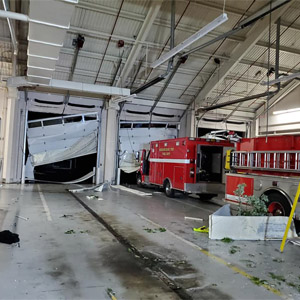 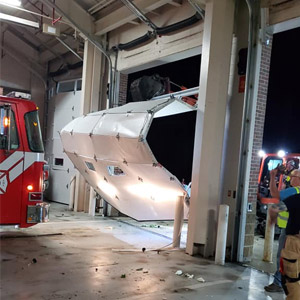 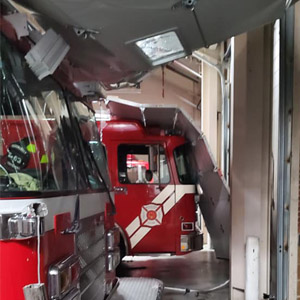 Overhead garage doors are often the weakest point on a building, as seen at the Beavercreek fire department. Reinforced, wind loaded doors can prevent this from happening. When a door fails, it can blow out, causing lift under the roof and leading to catastrophic building failure. 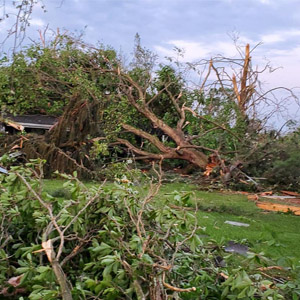 Many residents of tornado alley are already familiar with safe rooms, but for those who aren’t, the Federal Emergency Management Agency can provide guidance. According to their publication FEMA P-320 (Taking Shelter from the Storm: Building a Safe Room for Your Home or Small Business):

“Having a safe room in your home or small business can help provide near-absolute protection for you and your family or employees from injury or death caused by the dangerous forces of extreme winds. Near-absolute protection means that, based on our current knowledge of tornadoes and hurricanes, the occupants of a safe room built according to the guidance in this publication will have a high probability of being protected from injury or death. Our knowledge of tornadoes and hurricanes is based on numerous meteorological records as well as extensive investigations of damage to structures from extreme winds. Having a safe room can also relieve some of the anxiety created by the threat of an oncoming tornado or hurricane.”

In 2000, FEMA released their guidelines for best practices related to design, construction and operation of safe rooms, also known as FEMA P-361. In 2008, the International Code Council, who produces the building codes the majority of governing bodies follow, used the FEMA P-361 as a guide for developing codes for the construction of storm shelters and tornado rooms. The ICC-500 standards ensure that safe room and storm shelter constructions meet the safety requirements that protect loss of life. 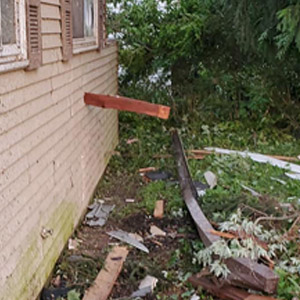 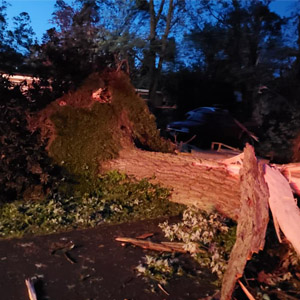 Flying debris can be more deadly than the tornado itself. Here a 2x6 is protruded into the interior bedroom of a 2-year-old boy, entering the residence so much that it and knocked a tv off its stand. Although the homeowners were able to salvage many of their personal belongings, their house was destroyed.

This house clearly shows why tornado proof doors are tested by shooting 2 x 4’s at the door to see if it can penetrate the door. Only safe room doors that do not allow penetration or dents more than three inches can be certified.

How to protect yourself from a tornado.

There is a big difference between a tornado watch and a tornado warning. A watch means the weather conditions are present that can develop a tornado. A warning means that a tornado has indeed formed and was spotted.

The Red Cross has issued its specific tips to stay safe in a tornado. 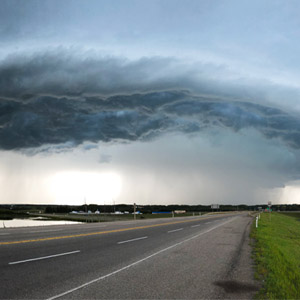 When a tornado watch is issued: 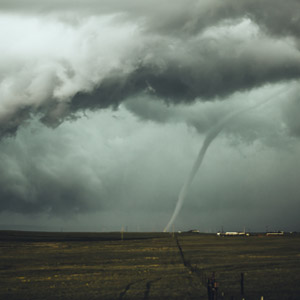 When a tornado warning is issued:

How to be better prepared for tornadoes in the future:

For more information about StormDefender and how you can benefit from them, as well as FEMA grants available for tornado safe rooms or if you have a specific solution you need to solve, contact us today.
Click here to view all of StormDefender's benefits and features.

The following pages provided some general references for this article: