There is more to a Rolling Fire Door than Meets the Eye! 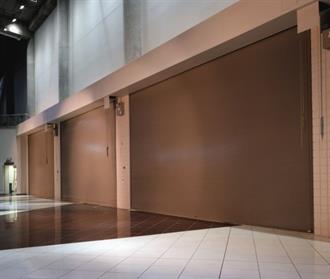 When it comes to application, a rolling service door is most often used in the building envelope to provide climate separation and security. It may also be used on interior walls to separate conditioned spaces or to enhance sound conditioning. A rolling fire resistant door is sometimes used on exterior walls to meet code mandates, but is most often employed to help compartmentalize a building by closing openings in fire walls, fire barriers and smoke barrier walls. A fire door or shutter is designed to provide fire resistance matching the rating of the wall to which it is installed, allowing active systems, such as sprinklers, to suppress the compartmentalized fire event until fire fighters arrive to take over the fight. A fire door may also be asketed to mitigate the migration of smoke throughout the building, which is deadly to occupants and destructive to property. 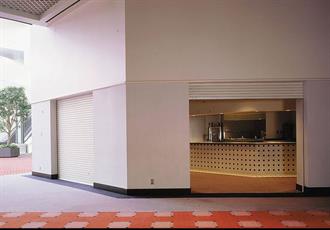 Because a rolling fire resistant door is built to provide fire resistance, it has many design features that a rolling service door does not have. For example, a fire door is designed to self-close when activated by thermal or electrical devices, such as fusible links or smoke detectors.  A fire door featuring a fail-safe release device would respond to smoke detectors or building alarm signals, permitting the door to seal the opening prior to smoke migration as opposed to thermal release devices which require high temperatures to activate the door; often used and rarely the best choice.

There are very few design limitations affecting fire doors. One limitation is material type. While aluminum is a common metal used to manufacture service doors and shutters, it is forbidden for use in fire protection products simply because of its relatively low melting point.  Another may be the ability to cycle as quickly or as frequently as certain service door designs. Another may be size, since openings in rated wall construction are limited in allowable area by code. One must remember that the first and most important duty of a fire door is to close in the event of a fire and compartmentalize the space. Everything else is a bonus. 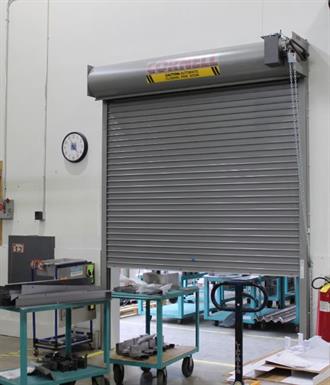 Fire protectives must pass a burn endurance test by an agency that will later list the doors. This listing is evidence of compliance to the test standards and is displayed on the door itself as a label with a number. Every fire protective has a unique listing number that is permanently recorded by the listing agency, such as Underwriters Laboratories or Factory Mutual. The conditions of listing include random, mandatory in-plant inspections to assure that the components being manufactured are identical to the components used in the endurance test. This is not the case with service doors in general, however, service doors may also have special listings such as thermal or windload performance, forced entry and ICC500 to name a few. Ironically or not, fire doors may receive some of these listings in addition to the fire protective rating – it’s all in the design.

The National Fire Protection Association Publication 80, (NFPA 80), outlines the standards for installation, inspection and testing, mandates annual fire door inspection and drop testing as a responsibility of a property owner or manager.

There are three requirements that must be performed by a qualified person.

Failing any of these components will result in the requirement to repair or replace the door without delay. This procedure is documented on a drop test form, of which the owner is required to maintain as a record for a minimum of three years for examination by the Authority Having Jurisdiction. These strict standards are typically required for the bulk of service door applications. 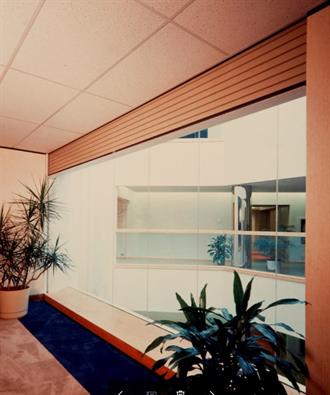 A major factor that differentiates a fire resistant door from a service door is that any parts that break or fail on a fire door MUST be replaced with parts from the original manufacturer. These doors are to be maintained in a condition as originally tested. This is mandated by both the NFPA 80 standard and by the listing agency. There are no formal standards for a run-of-the-mill service door, and parts are often substituted, retrofitted of interchanged from different manufacturers.

I hope that this explanation helps explain some of the differences between a fire door and a service door. Although they look very similar, there is more to a fire door than meets the eye. Whatever the flavor, if you need a service door or a fire door, Cornell has the door to meet your needs!