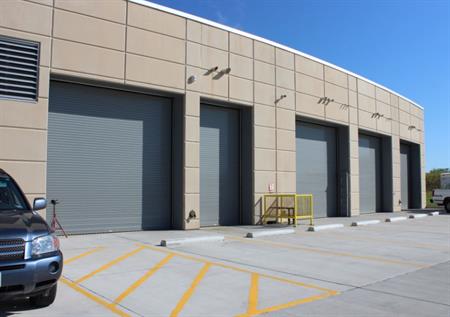 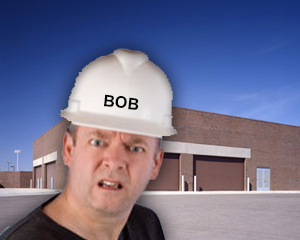 We are continuing the adventures of Bob. Bob is a maintenance manager at a widget factory, Awesome Widgets.  They make more widgets in less time than any other widget manufacturer – so materials are constantly trucked in, and manufactured products are constantly trucked out.  Awesome Widgets is based in the northeast – with snowy winters and hot summers.  Because of this, and for security reasons, they close their rolling steel doors after every truck enters or exits the facility.

Six months in, Bob is frustrated.  He’s had to pay for several service calls because parts on the overhead roll up doors at the facility keep malfunctioning, so Bob is still considering switching doors.

Bob decided to call his good friend Cornelius, who is a maintenance manager at the Gizmo factory. Cornelius explained to Bob that all overhead door companies are not created equal, that a good company with a proven track record in garage door solutions, long history of high quality and a top staff of professionals will help walk him through what he needs and what product is best for him. Cornelius explained that when he found out all the differences and advantages, he went with high performance doors. He explained to Bob that it’s all about choosing the right product for the job and when he found out exactly what a high performance rolling door is, he knew that was the right choice for him!

Now Bob needs to decide on which garage door solutions are right for him.

So what happens if he ignores all of this advice? Let’s check in with the Awesome Widget Company and our friend Bob the Maintenance Manager to see what garage door solutions conclusions they have come to. 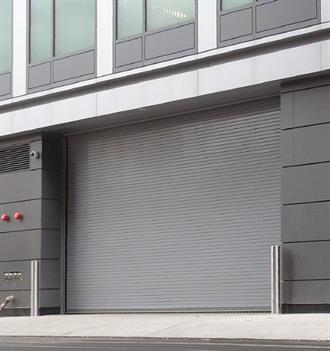 He and his company decided they are living with a standard roll up door when a high performance product should have been installed.  Bob is busy – with a multi-million-dollar company making Awesome Widgets, there’s a lot of machinery that has to be up and running.  But their overhead coiling doors are consistently breaking down.  They looked at the cost and disruption to work because of all the several service calls they have made in the past six months. Each time an overhead rolling door is out of operation, this is the process:

But that’s just the impact on Bob and his team.  The effects of these broken overhead doors can be felt across the entire organization.  It’s costing them in a variety of ways:

Each repair visit can cost upward of $800 in labor and parts – even more if a serious problem arises.  In addition, there are costs associated with Bob’s team diverting their time to handling the overhead rolling door issues. They are forced to spend time on garage door solutions when they have widget-making equipment to keep up and running. 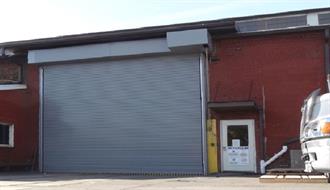 If, for example, one of the three main rolling service doors where product is shipped out of goes down, there is more demand placed on the other two overhead doors, and backups can occur.  This can impact each employee, and Awesome Widgets has seen at least one of their overhead garage doors down consistently in the past six month – resulting in quantifiable labor costs:

When a commercial garage door is down, each employee needs to spend an extra 4 minutes per day on their part of the widget-making process, because forklifts have to go out of their way to use the two operational overhead doors, more product is going through fewer openings, etc.

If you take that and multiply by the 50 people working in the factory, that’s 200 minutes, or 3.3 hours per day.

If the average salary is $20 per hour, this translates into a very real cost of $24,090 per year in lost productivity.

Awesome Widgets had a large marketing campaign that focused on their pride that they had never missed a deadline – until now.  When two of the three overhead shipping doors broke as they were trying to fulfill one of their largest orders, they couldn’t get the product out of the building and loaded onto their trucks on time.  The order went out late, and Awesome Widgets missed their first deadline.  The customer was so dissatisfied they decided to go to the competition, and Awesome Widgets lost their best and most profitable customer. 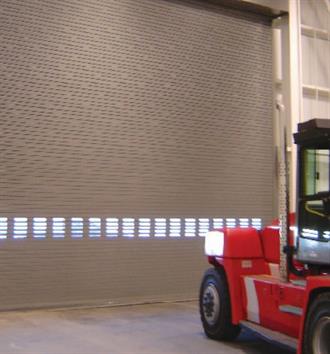 The customer service team noticed an uptick of angry calls from customers demanding refunds for late deliveries and expressing frustration and anger over lead times that seemed to be stretching out further and further.  This required the organization to pay overtime for the customer service team.  The calls came so frequently and were so contentious that three of the 20 customer service team members quit in a two-month span.  Awesome Widgets began spending their way out of customer frustration, increasing their refund rate by 10%, costing the company tens of thousands of dollars.  And the employees on the front lines of making Awesome Widgets are frustrated.  They think that management isn’t doing enough to fix the overhead commercial doors or look into other garage door solutions because they don’t care, and manufacturing turnover is at an all-time high.

After finding out all the facts, Bob suggested that Awesome Widgets switch to high performance doors in all their high traffic areas. Although some management was skeptical, Bob explained the differences and they agreed. Now six months later, production is up, shipments are on time and the workers are happy. Work was often slowed down when a door wouldn’t operate correctly and the rapid open and close speed high performance overhead doors have helped manufacturing run smoother than ever. Eugene, Awesome Widget’s CEO, personally thanked Bob for the suggestion. He informed Bob that in addition to the exterior overhead doors opening and closing faster, Bob’s suggestion of using insulated high performance doors has saved the company more than expected in heating costs over the winter. With rolling doors that aren’t breaking down, production is at an all-time high and workers are earning bonuses. Bob is happy. Eugene is happy. The workers at Awesome Widgets are happy.

Of course, the example of Awesome Widgets is an extreme one - everything that could have gone wrong did.  But with all the challenges large-scale companies face on a daily basis, it's not unreasonable to assume that even a fraction of the issues Bob faced with his roll up doors would disrupt business and impact the bottom line.  Making sure you implement the right garage door solutions for the job is paramount to success - and while a high performance product may be more expensive in the short term, when installed in the right application, it is often more cost effective in the long run.

Siva Davuluri serves as director of product strategy for high performance doors at CornellCookson Inc. He has been in his current role for five years at the Mountain Top, PA based company, which is the largest coiling door manufacturer in the USA. Davuluri has more than ten years of experience in design, development and commercialization of new products. He graduated from North Dakota State University with a Master of Mechanical Engineering degree and completed his Master of Business Administration degree from Cornell University. He is also a member of the technical committee for high performance doors at DASMA, North America’s trade association for manufacturers of garage doors, rolling doors, high performance doors and access systems.